The highest mountain in the country’s south-eastern end is the Jangsan, which rises 634m above sea level. The natural environment of Mt. Jang is preserved excellently and attracts citizens year long to Dacheon Park, which sits at the base of mountain. Our hike began at high noon on a Sunday, walking a mile from Lauren’s apartment on a continual incline towards Dacheon. From there, we walked another 1 mile to the base of the mountain. Physical Park at Dacheon is a rather humerus place to witness S. Koreans go about their calisthenics on the various exercise “nautilus” equipment. They had log rolling to maintain your balance, rings for working biceps/triceps, which offered no resistance, hence it was quite ridiculous to think they were gaining any real workout. They used enormous hula hoops to trim the waistline, as well as metal bars for pull ups… or to just hang around on. We were tired from our trek from her apartment to the base of the mountain, as well as from having a late Saturday night. So, we just sat, discretely giggled and watched them do their exercises.

We then began our ascent. The terrain was very demanding, we used ropes or trees along the way to pull us up. A lot of Koreans were on the trail this day. Most of them would not acknowledge us as we passed them. I found this disturbing, much like I did when passing them on the city streets. Then, while resting near a mountain stream where hikers drank from shared gourd ladles, one kind lady approached us offering fresh oy (cucumbers). It was a friendly gesture so naturally we accepted and ate them with gusto. As I rested muscles I never knew existed, an older Korean man approached us and started a conversation in English. It was such a relief to hear! He told us he had gone to college at Washington University in St. Louis many, many years ago, and he is a practicing psychiatrist. After speaking for awhile, he offered Lauren his assistance if ever she needed anything while living away from home. He and I commiserated about our children living far away , as his children live in America. He actually even emailed me later that day. So, maybe I have a S. Korean pen pal?

Our hike took 2 hours to reach the peak, about 6 miles up. Along the way I stood nearly spellbound with the breathtaking vistas. It was truly amazing. When we finally reached the top, many Koreans were sitting quietly on boulders or the ground, all in silent awe of their beautiful view of the Gwangan Bridge, Haeundae Beach and wide ranging mountains all juxtaposed with the skyscrapers of Busan below. Being who I am, as I reached the top, I just had to verbalize. I gave a sincere “ Wow!” This produced a smile, a nod of the head or a laugh from the locals. Awe is universal. We sat at the peak enjoying the incredible view, drinking our water, and feeling an unparalleled accomplishment. I had never hiked as far, as high, in as beautiful environment as I did that beautiful day. I am proud to say that I conquered the Jangsan! 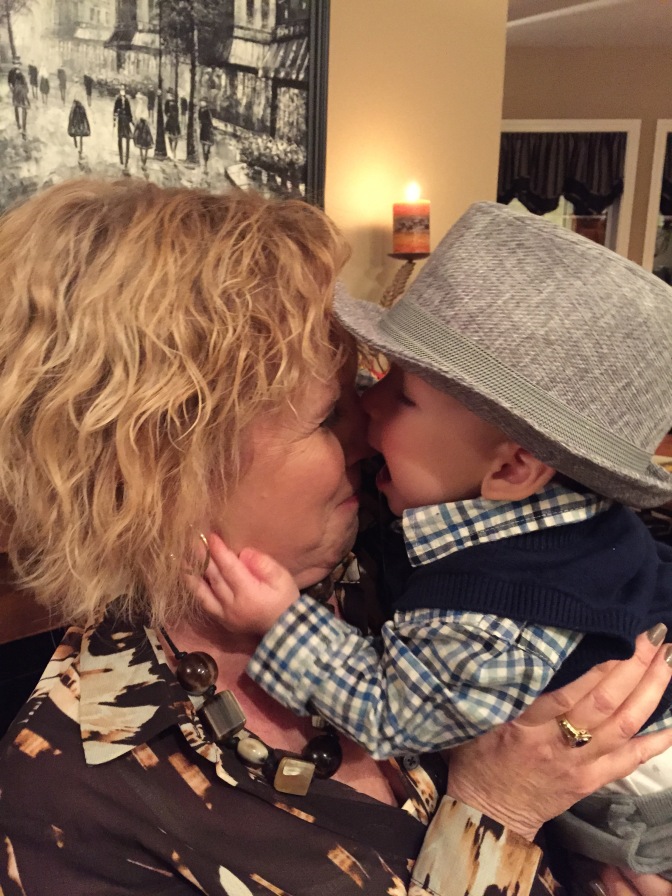